As a long time Internet recruiting veteran and Internet job board pioneer, I’m always interested, and more often, then not, amazed at many of the mergers and acquisitions within the HR technology and Internet Recruiting market.

Many of the Venture Capital funded companies never get off the ground, because they never had a business plan or technology that had much hope of really working (think BranchOut, Jobster, or any and all “automated psychological profile job matching algorithm companies”).

Recently, Glassdoor raised an additional $50 Million, bringing their total investment to over $90 Million. I don’t know the recent valuation for Glassdoor, but if the investors wanted a 10X return, Glassdoor would have to sell for well over $900 Million (a little under the current public valuation of Monster.com and DICE.com, combined).

So, seeing two of the best brands merge, who can provide synergies to each other in a real-profitable way, is always exciting.

Congratulations to Don Firth, of Jobsinlogistics.com, and Sue and Gregg Booth of Net-temps!

What are your thoughts about the acquisition?

Glassdoor.com, the website that made it OK to rant (“or praise”) about you’re current and former employers, just announced it has closed another $50 Million venture round.

This brings the total investment to over $93 million, in 6 years.

What’s clear is that Glassdoor.com has invested heavily in creating an integrated Internet marketing campaign that leverages social media distribution to gain backlinks for their SEO strategy.

Glassdoor’s content marketing, blogging, and social media campaigns are top notch.
While Indeed was gaining SEO traction with aggregated job postings (Glassdoor is also doing this, but to a smaller scale), Glassdoor has been building a user-based content hub, like LinkedIn.

What do you think?
Does Glassdoor have a big enough business plan, and user base to take on LinkedIn?

The purchase was for $50 million in cash, based on trailing 12 months revenues of approximately $38 million.

The question will remain, can DICE extend the brands and increase revenue across the brands, like they have done with Rigzone, or are they going to leave the brands in autonomy, like the recent acquisition of ITJobBoard in Europe.

DICE has a lot on it’s plate right now. Integrating Open Web, it’s social sourcing tool, it purchase 12 months ago, into the Dice.com search engine, and extending that beyond to other brands.

The Hcareers acquisition will put Dice into the hospitality segment, where it has never competed previously. The HealthECareers seems to be redundant based on their acquisition of AllHealthCareJobs a couple of years back. 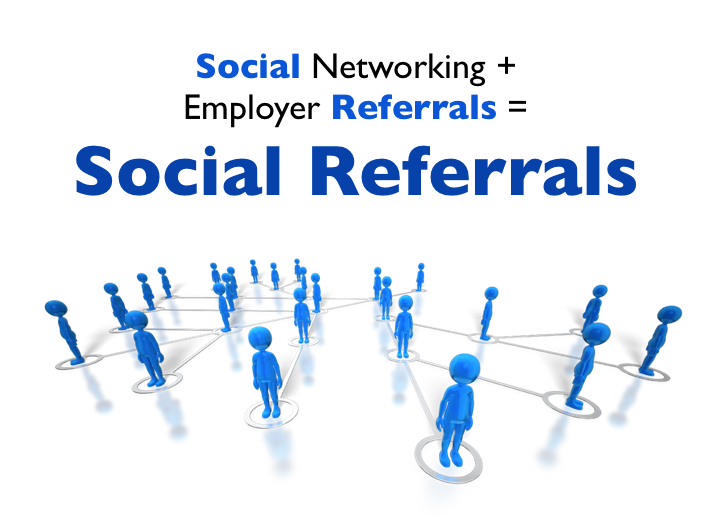 Are you building a Social Recruiting strategy?
Are you trying to figure out how to increase engagement with your Employee Referral program?

Watch the video above and see how you can start getting employees to start sharing your job postings with their professional connections, former colleagues, and friends.

If you already have a employee referral program, with a couple of quick changes, you can build a Social Referral program, that leverages your employees’ social and professional networks to get access to their colleagues, friends, and connections.

The goal is to get your current employees to share your job descriptions with their social and professional networks on sites like LinkedIn, Facebook, Twitter, Google plus or even other forum or technical related websites.

If you’ve tried this before, and didn’t have any success, don’t give up.
It does work, and very effectively, but there are a couple of steps that you have to take to make it work.